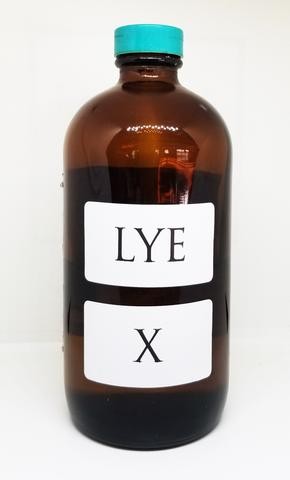 Lye in Soap: All Real Soap Starts with Lye, and It's Perfectly Safe.

With many consumers turning to organic and natural products because of health worries or concerns over environmental impact, it can be difficult to parse through the hype and understand what products are effective and safe. The inclusion of any "chemicals" on product labels make the item suspect, but sometimes the so-called questionable chemicals are natural ingredients that have been used for centuries, if not thousands of years. Take lye in soap, for example.

We occasionally get emails from people claiming that our statement about lye being in ALL soap is false, however the very definition of "soap" from the Merriam Webster dictionary is: a cleansing and emulsifying agent made usually by action of alkali on fat or fatty acids and consisting essentially of sodium or potassium salts of such acids.

Why Is Lye Used in Making Soap?

The short answer is that you simply can't make soap without lye. If a product doesn't begin with lye, it's a detergent, not a soap or a shampoo. That doesn't mean that some skin care products aren't made without lye, but they don't always do the same job or have the same benefits as soap.

The longer answer is that soap is the result of a reaction that occurs when you mix lye with liquid. Lye, which has a scientific name of sodium hydroxide, reacts when it is properly mixed; the process of mixing and causing this reaction is called saponification.

The process typically involves mixing lye with oils or butters, which contribute scents and other natural properties, such as vitamins and minerals, to soap. The oils and butters also react with the lye, resulting in a product that is safe for use on the skin. Some ingredients commonly used to make soap include coconut oil, olive oil, shea butter, castor oil, avocado oil, mango butter and, of course, goat's milk.

Why Doesn't Lye in Soap Make It Dangerous?

Lye itself isn't a safe substance to bathe in; in its original form, it's actually caustic. Even though every real soap begins with lye, there is no lye left in the finished product. During saponification, the chemical reaction between the lye and other ingredients forms soap. That chemical reaction changes the lye so that it's no longer present.

Lye comes in both a bead form and a liquid form, and in both these forms it should be handled carefully. To ensure no caustic nature from the lye is left in soap, most soap makers cure soap via specialty commercial process or weeks of curing time. That ensures the chemical reaction is 100 percent complete.

You might think some soap is made without lye because the package doesn't specifically list lye or sodium hydroxide as an ingredient on the packaging. Soap makers don't have to include lye specifically as an ingredient if it's implied by another item. For example, sodium cocoate is the name for the substance that occurs when you mix lye with coconut oil.

Other ingredients that indicate lye was involved in the process include:

These ingredients all indicate that lye was mixed with some type of butter or oil. We chose to be honest about our ingredients rather than trying to hide it.

While it might sound scary — and is certainly dangerous in it's original form — lye isn't something you should worry about in your soap because the lye is no longer active in the soap after the soap has cured. When you purchase natural soap from a reputable company, you know that it's been crafted in a way that ensures no lye is present in the final product. Instead of worrying about lye in soap, look for chemicals that don't have to be there and do not offer any benefit. We always say:  everything your skin needs to feel great, and nothing it doesn't.

These statements have not been evaluated by the Food and Drug Administration. This product is not intended to diagnose, treat, cure, or prevent any disease.